In a recent D&D session, we had a perfect situation for an urban chase: a hero, escaping the Watch station, running through the streets with guards hot on her tracks. I remembered the Dungeon Master Guide (DMG) had a section covering that exact topic (DMG, pp 252-255), so I figured I would give it a spin. Some elements I liked, but overall I was not impressed.

Strict application of the movement rules can turn a potentially exciting chase into a dull, predictable affair. Faster creatures always catch up to slower ones, while creatures with the same speed never close the distance.

However, applying the suggested rules lead to something which was not much better. Per the DMG,

Participants in the chase are strongly motivated to use the Dash action every round.

This is indeed exactly what happened. As a result, we ended up in a rather unexciting sequence where everyone was taking the Dash action for a while. Sure, there was a sprinkle of fun with random complications, but overall, this was not thrilling.

This got me wondering what was missing, and how to make chases more interesting. 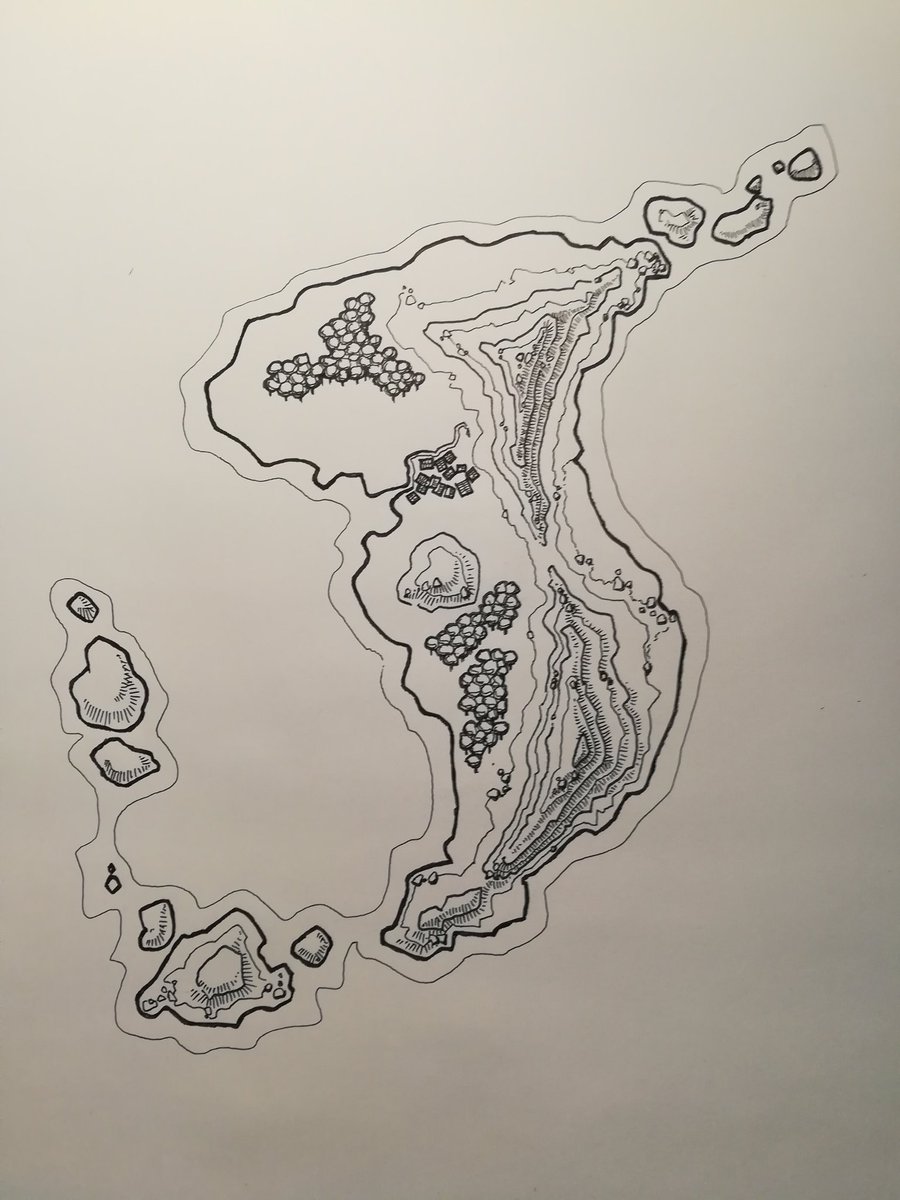 You enter a dimly lit room. At the other end, there is a large door, guarded by two large suits of armor standing still. As you approach, they both slowly animate, and speak in a deep, metallic voice.

Both extend their right hand towards you. In their open gauntlet, you see a key.

You remember now the stories. Rumors that the Mage developed an obsession about truth and lies, and built automata, dedicated to Leira, the Lady of Deception, and Savras, the Speaker of Truth.

Which key will you try?

After talking with some of my players, we decided it would be fun to try out short, one-shot adventures, to experiment with different characters. The idea here is to play at a reasonably high-level, say, level 5, to avoid the slog of low-level survival, and focus on interesting class abilities.

What happened to Lalia Bairnell? The fearless halfling left Athkatla, the City of Coin in Amn, and sailed on Guild business to Caer Westphal, a small town in the Moonshae Isles. That was over 6 tendays ago - and nobody has heard back from her since.

The Guild is concerned. Laila is an experienced professional, and it is quite unlike her to not report back. It also reflects poorly on the Guild to have one of its agents disappear without explanation. The Guild intends that story to stay under wraps, and reached out to experienced adventurers outside its ranks to investigate.

You have been hired by the Guild to discreetly track down Laila, figure out what happened to her, and hopefully bring her back alive. A handsome reward awaits you in Athkatla - if you successfully complete your mission.

More maps! Currently running the Lost Mine of Phandelver campaign with friends, and I figured I would throw something a bit challenging their way, somewhere in Neverwinter Wood.

The general idea is that the adventurers are following the river from the south, walking upstream. The river progressively becomes a torrent, flowing in a gorge between steep cliffs. After a while, they reach an area where a waterfall has carved a small canyon. The water is treacherous, and reaching the upper cliff requires climbing some rough staircases carved in the stone, and crossing a rickety-looking hanging bridge. And of course, this would be a perfect spot for a patrol of goblins and hobgoblins to set camp…